Alstar Oilfield Contractors > About Us > Leadership

Scott began his career with Alstar in 1992 at the age of nineteen as an apprentice welder. Having worked through all areas of the shop and field roles, Scott was promoted to Field Superintendent in 1999. Through hard work, dedication and a keen passion for construction, Scott was given the opportunity to join the ownership team in 2001.

Throughout the past fifteen years, fieldwork, shop management, estimating, construction management, quality assurance, safety, finance and operations have all become a part of Scott’s responsibilities which led to his promotion as President and CEO of Alstar in 2006.

Over the years, Scott has developed and maintained a strategic growth plan which clearly defines the corporate direction and growth objectives for Alstar. Today, Alstar’s core values and a commitment to excellence remain a key part of the success moving forward.

Scott and his wife are the proud parents of four talented and caring daughters. When Scott is not leading the team, he is enjoying family life which includes camping, boating and travelling abroad. 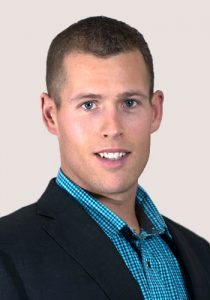 Pride of ownership started many years ago for Kris when he decided to follow in his father’s footsteps at the early age of eight years old. He began doing small housekeeping and Labour jobs around Alstar and over the years has learned all aspects of the business from the shop, field and the office.

Working as a full-time welder & pipefitter while growing his knowledge the trade and passion for the company. After many years of hard work, Kris was asked to join the ownership team.

As Executive Vice President & COO of Alstar, Kris works out of our Corporate Office in Calgary, Alberta.

Kris’s passions outside of the office and field include spending time with his wife & family, fishing, hunting, golf and staying physically active whether it be in the gym or hiking in the Rocky Mountains.